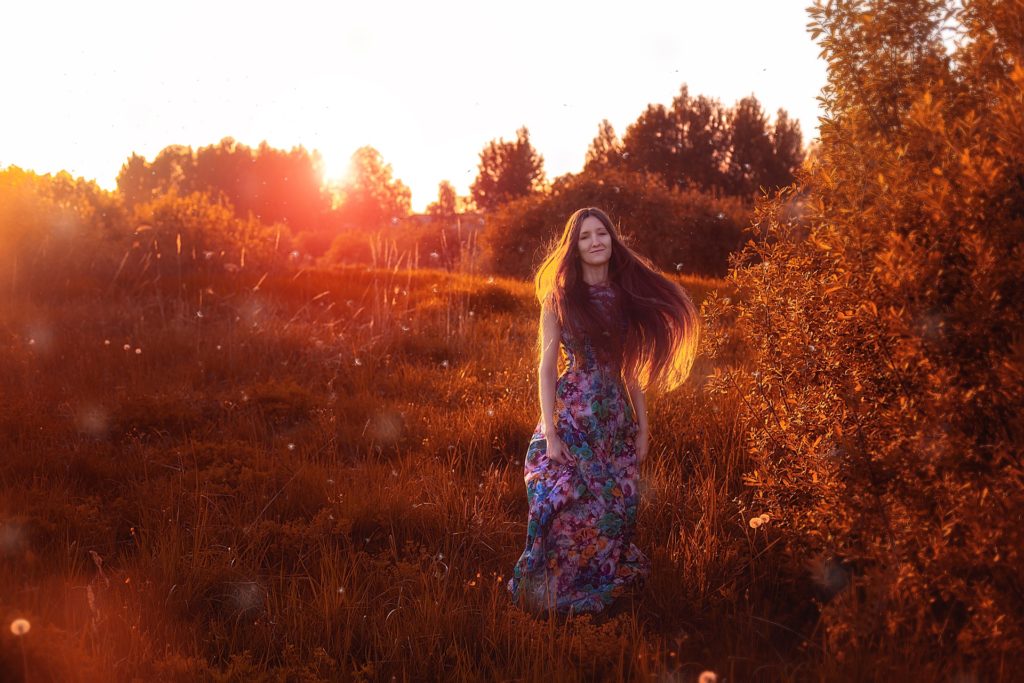 Before I was twenty and experienced my first earthbound spirit I was not particularly spiritual. A religious school had killed all spiritual belief in me and made me really cynical towards institutional religion.

My earthbound spirit experience was a reintroduction into the mysterious world of Spirit. This was tangible, irrefutable proof of life after death!

I felt pretty awestruck at first. I went through a period of shock and inner turmoil, reconciling this new truth with what I had previously thought true. Wow. Life exists after death! There’s more than meets the eye. She’s there. I just can’t see her! But she’s there.

If it weren’t for the experiences of my housemates I might have questioned my sanity. But when everyone is experiencing paranormal activity it is so reassuring! We all saw her, felt her presence and heard her differently. 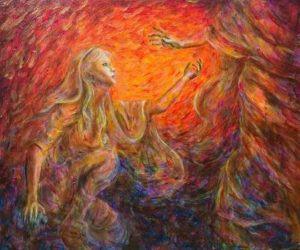 In time, I started telling my family about this earthbound spirit. I began tentatively sharing with others, fearful they would not believe me. But something surprising happened. Each time I told the story I received stories in return. Rather than laughing at my experiences they shared equally compelling proof of life after death.

My uncle described seeing a bright light pass over the family farm hours after the death of his grandmother; seeing it one last time. My sister’s child age 2, pointing and staring at something moving about high in the church ceiling during her great grandfather’s funeral.

I became more and more brave, sharing with friends and acquaintances. And each time the stories poured in. The guy who had endured being “tucked into bed so tight I could barely move by a grandmother”, the woman who had seen her father standing at the foot of her bed, clear as day, just after he’d died, the woman who dreamed of her uncle saying his good byes weeks after his suicide.

I discovered these stories existed. Everyone either had a story or knew someone who did. It just wasn’t talked about. People just didn’t have the space to talk about it. It just never popped up in conversation! It took someone to broach the subject to give others the opportunity to share their own experiences.

Without the opportunity to share, in time these experiences become more and more implausible in your own head until they were shelved as unlikely flights of fancy and forgotten. We discredit our own mystical experiences!

And so I decided to be open and honest and to talk, hoping that by sharing my own experiences it would give others the chance to explore their own.

This led to the realisation that our souls are eternal, leading still further to the revelation that if we could shed a body and keep on living with a consciousness then surely we could be reborn again and again. And so through this one earthbound spirit I was suddenly a believer in reincarnation. This was huge! Being brought up Christian, these were concepts I’d never even considered before.

Living with an earthbound spirit brought spirituality to me. I wasn’t heading to a church on Sunday to experience that feeling of a spiritual presence, of something else, something greater than me. It was in my bedroom most days!! I could feel the presence. It was palpable. I suddenly understood that I didn’t need a minister of religion as an intermediary- Spirit wasn’t distant or impenetrable. It was literally a breath away!

All that was required was acceptance, awareness, curiosity and practice. I would never have developed my intuitive gifts and explored this spiritual dimension, right there in my bedroom, if I’d stayed in denial. So for me acceptance of what is was the first massive step. Realising exactly what’s going on and putting it into words was crucial to develop my own personal spirituality, my own connection to Spirit.

But then came practice! I worked damn hard to develop my intuitive gifts. In the beginning I could feel her presence and I could sense exactly where she was in my room. But I couldn’t see her or hear her.

I learned to use my body and feelings as a barometer. My heart would thump and the hair would stand up when she was way too close! I would feel her sadness and frustration. I could feel her when she would sit in my armchair and psych me out for hours! It was unnerving. But within a year she’d given me a way to practice. It was the beginning of a brave new world that I was absolutely fascinated by!

For me, earthbound spirits are a tool for higher insight and spiritual development. The process of Spirit Rescue Work or Astral Entity Clearing is to assist these lost souls to transition fully to their next right place of expression. At the same time, these souls are an incredible opportunity to develop your intuitive abilities and really connect with the spirit realm.

I am so grateful to that first earthbound spirit who startled me out of my slumber and shook me to my senses! Without her who knows where I’d be!

Do you have your own experiences you struggle to reconcile? Are there times you’ve wanted to tell others but have been too afraid to do so? We’d love to hear your stories!

If you are ready to experience Spirit for yourself then check out the ‘Astral Entity Clearing’ on the Energy Clearings Page or the ‘Meet Your Spirit Guides’ session on the Tune In Sessions Page.

Posted in Afterlife & Past Life